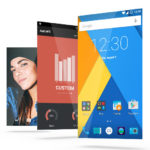 Cyanogen Inc. has announced that it will discontinue all of its operating system services by the end of the year. The company, which once held the ambition of wrestling control of Android away from Google, has recently been attempting to restructure, in the face of on-going difficulties.

In a brief statement, Cyanogen confirmed that the code that is part of the open source project will remain available.

Rather than building an entire fork of Android, in recent months Cyanogen has focussed on transitioning to providing modules, which can be bolted on to Android.

It is unclear where this leaves companies like WileyFox, who produce smartphones based around Cyanogen OS.