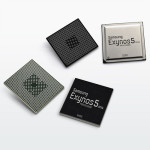 Exynos chipset may be used in Samsung Galaxy S6

Samsung could be about to move more of its production in house, with reports stating that the company is considering using its own Exynos chipset in the Samsung Galaxy S6, instead of the Qualcomm Snapdragon 810. Such a decision would differentiate Samsung’s next flagship Android smartphone from the competition, with HTC, LG and Sony likely to make use of Qualcomm’s offering.

Speculation about Samsung using its own system-on-chip comes at a time when there is uncertainty over the performance of the Qualcomm Snapdragon 810. The chipset reportedly suffers from overheating problems that could affect the release of premium Android smartphones in 2015.

It is worth noting, though, that in South Korea the LG G Flex 2 is on the verge of being released, and Samsung’s rival – perhaps unsurprisingly – states that it has not witnessed any overheating difficulties with the Qualcomm Snapdragon 810.

“I am very much aware of the various concerns in the market about the [Snapdragon] 810, but the chip’s performance is quite satisfactory,” said Woo Ram-chan, LG’s president of mobile product planning.

The Qualcomm Snapdragon 810’s alleged overheating issues are probably not the main reason why Samsung is considering using an Exynos chipset in the Samsung Galaxy S6. Instead, any such move would likely be driven by a long-term strategy from the South Korean company to grow the market share of its own system-on-chip.

An Exynos chipset being used to power the Samsung Galaxy S6 would not be an especially big change of direction. Exynos chips have already been employed in a number of Samsung products, including the company’s flagship Samsung Galaxy Tab range of Android-powered tablets.