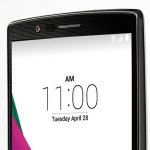 Samsung and LG could be set to take Android smartphone security to the next level, with the introduction of iris scanning technology. Both companies are reported to be working on solutions that may be released commercially as early as 2016.

The use of iris scanners would mean that smartphone owners could be identified simply by looking at their device’s display. And there are other potential uses for the technology too, such as payment authorisation.

Iris scanning offers a number of advantages over other identification methods. These benefits should mean that it is easy to use, secure and reliable, although its usefulness will depend on how well it is implemented.

A child’s iris will have finished developing by the time they are around two years old. Individual iris patterns are unique, permanent and difficult to injure externally, meaning that the technology potentially offers a very reliable identification mechanism.

If next year’s Samsung Galaxy S7 and LG G5 include iris scanners then by no means will they be the first smartphones to do so. There are already a number of devices available in Asia that offer the feature.

At the end of May, the Fujitsu ARROWS NX F-04G went on sale in Japan – a device that includes an extremely impressive set of specs, even without considering its iris authentication.

Fujitsu claim that the ARROWS NX F-04G can be unlocked with just a 0.6-second glance. If an iris scanner works well, it may therefore prove to be more straightforward and intuitive than existing identification solutions.

Like a number of devices that are available today, the Samsung Galaxy S6 includes a fingerprint scanner.

Yet there could still be a certain amount of kudos in being the first company to release a mass market smartphone with an iris scanner. In a world where consumers are becoming increasingly security conscious, and with Samsung eager to further differentiate its products in a highly-competitive sector, it is easy to see why the company may be working on iris authentication technology.