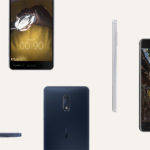 When it unveiled a new range of phones recently, one area Nokia was not very specific about was the release date, quoting only the second quarter of 2017 as guidance. But now evidence has emerged that the new devices are likely to go on sale from May in some markets.

United Kingdom retailer Clove has listed the full range of Nokia’s new handsets since shortly after the recent announcement of the phones. Now the e-commerce site has updated their listings, to give guidance on the devices’ likely release dates.

The Nokia 3, Nokia 5 and Nokia 3310 are all expected in May, while Clove is set to receive stock of the Nokia 6 in June.

These dates tie in with previous comments from Ajey Mehta, vice president of HMD Global in India. As far as the Indian market is concerned, Mehta said that he anticipates the new range of phones will be launched around the period of late-May to early-June.

In the case of Clove, the reason the Nokia 6 has been given a later date than the other Nokia phones could be specific to the UK.

Clove is a retailer that frequently carries devices that are not officially launched in the UK, when necessary sourcing stock from elsewhere in the European Union.

It is possible that Clove may need to use a different stock source for the Nokia 6 than it will utilise for the other Nokia handsets. With the Nokia 6 being exclusive to the Carphone Warehouse, the phone will therefore not be available to retailers in the country via standard UK distribution channels.