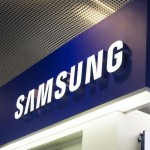 There is good news for NOOK users with the announcement that Samsung will develop a new tablet for the e-reading platform. Today’s confirmation that a major technology company is going to release new NOOK hardware will help to reassure those concerned about the future of the brand.

The new tablet will be co-branded, with hardware identical to the forthcoming 7-inch Samsung Galaxy Tab 4.

Software will be customised for NOOK. Although the level of customisation has not been confirmed, it is unlikely to be anywhere near that of the NOOK HD tablet, which ran a heavily-modified version of Android.

Samsung does not run stock versions of Android on its standard tablets. The South Korean company uses its own TouchWiz interface, although this is much closer to the look and feel of stock Android installations than the software used on the NOOK HD tablet.

With parent company Barnes & Noble having heavily reduced staff numbers working on NOOK devices, software modifications to the Samsung Galaxy Tab 4 are likely to be minimal. The co-branded tablet may run a customised launcher, along with modified versions of the existing NOOK Android apps.