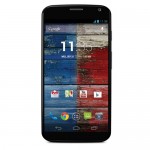 Why the Moto X is not coming to Europe

We already knew a lot about the Moto X before it was officially shown to the world. This would be a mobile with mid-range specs that Motorola had put considerable weight behind.

The reason the Moto X is such a key device for Motorola is that its launch signals the rebirth of the company, after being bought by Google last year.

There was one key piece of information about the Moto X that did not leak – its price. Given the device’s mid-range specs, though, most people were expecting it to be priced closer to the Nexus 4 than the Samsung Galaxy S4.

Prices of $199.99 for the 16 GB version and $249.99 for the 32 GB edition, on a two-year contract, therefore came as something of a surprise. This means the Moto X follows the same pricing structure as the Samsung Galaxy S4 and HTC One – and the HTC One offers double the amount of storage capacity for your money.

The Moto X is a lower spec device than either the Samsung Galaxy S4 or the HTC One. Neither the screen or processor of the Moto X can compete with identically-priced rivals.

All indications are that Motorola has no intention of selling their new phone outside the US. Speaking to Pocket-lint, a spokesperson for the UK arm of the business suggested that they had other devices in line for the European market.

“It doesn’t mean that Europe is not a key priority for Motorola. Essentially, the Moto X is the first device in a new product portfolio, basically a new family of devices.

“Because it is the first one, the Moto X has had a real buzz around it, but the US launch is not about the US being Motorola’s priority at all, there are devices coming to Europe. We can’t share what they are as of yet, but they are from the same family. They are cool and they are exciting and there is a lot in Europe coming up.”

Motorola are acknowledging some natural differences between the US and European mobile markets. For all the hype generated by the Moto X, it would be unlikely to prove an attractive proposition in Europe, given it is being priced comparably to the Samsung Galaxy S4 and HTC One.

Patriotism has featured heavily in the advertising of the Moto X. Motorola has promoted the device as ‘the first smartphone designed, engineered and assembled in the USA’.

For European consumers, it makes little difference whether a phone emerges out of America, Korea or Taiwan. And whilst Motorola is well known amongst European tech enthusiasts, the company isn’t a household name the same way that it is in America.

In the US, Motorola can sell the Moto X as a well-engineered, highly capable smartphone, from a leading American telecoms company. But in Europe, there is a risk that the phone will be seen simply as an unremarkable device with a hefty price tag.